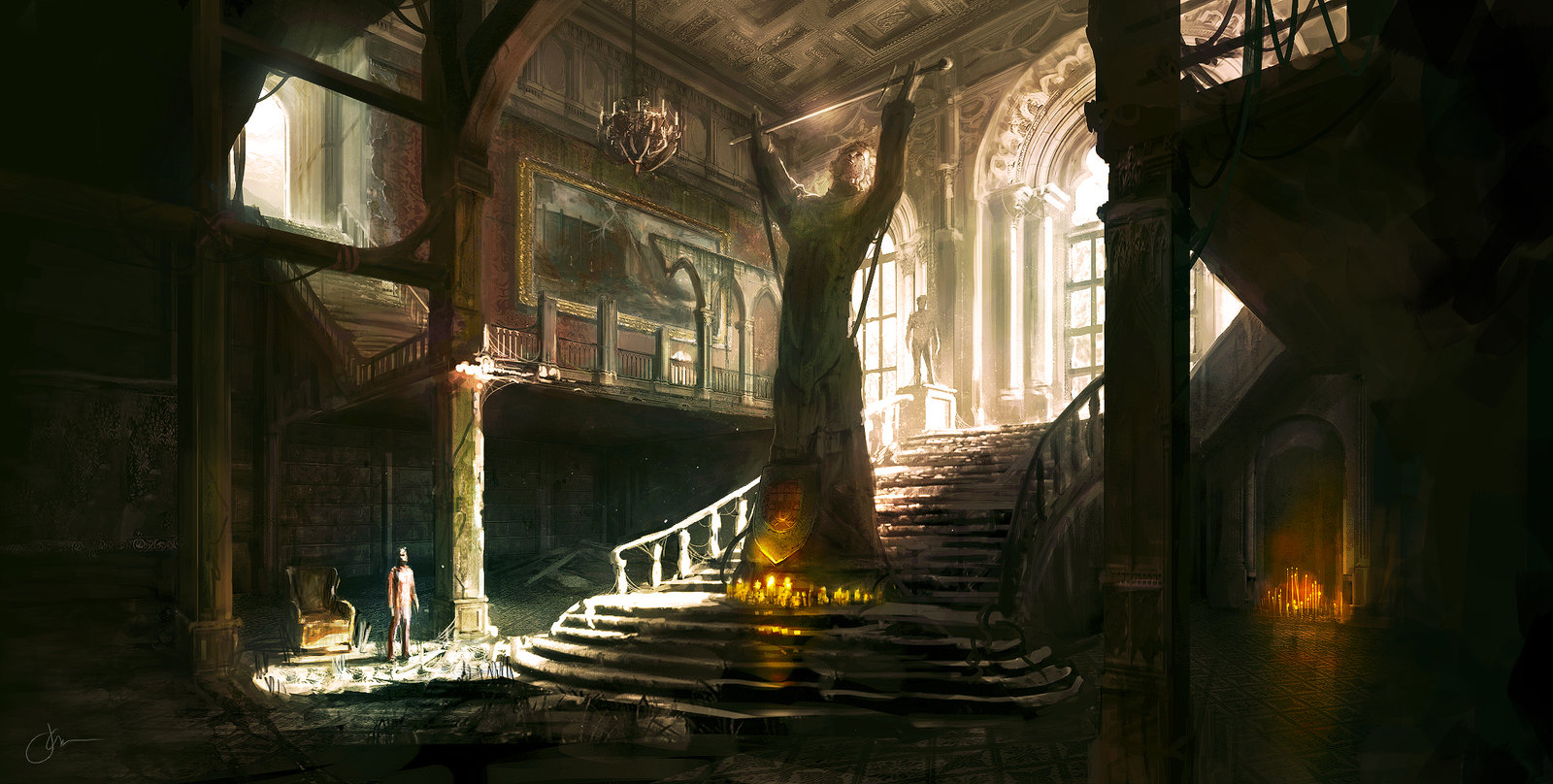 Carrion Crown is a gothic horror adventure that takes place in the fog-shrouded nation of Ustalav. This was once a peaceful land, but that ended 1,500 years ago when an ancient evil, the dread necromancer Tar-Baphon, rose as a lich—an undead monstrosity of unimaginable power.

Tar-Baphon, the Whispering Tyrant, ruled with impunity until the Shining Crusade crashed upon his borders. Three mortal armies combined to slay the lich, slowly working their way up the Lake Encarthan coast over the course of a century. The losses the crusaders suffered at hands of the undead hordes were staggering, but they managed to destroy Tar-Baphon in a final assault on his tower stronghold at Gallowspire. Fearing what horrors might lurk in the dungeons, the crusaders then sealed Gallowspire and committed themselves to an eternal vigil over the corrupted land.

These events occurred nearly 1,000 years ago, but the Immortal Principality of Ustalav remains a cursed land. The spirits of the restless dead walk the moors and haunt the woods, and it is for this reason that the people of Ustalav trust their superstitions and treat any outsider with suspicion or outright hostility.

The Adventure So Far

These four, together with the Professor's grieving daughter, Kendra Lorrimor, began investigating the strange circumstances surrounding Petros's death. They quickly uncovered evidence that he had died in an encounter with a mysterious death cult known as the Whispering Way.

The cultists were long gone but their activities had set loose five evil spirits that had long dwelt in the ruins, each belonging to a notorious criminal held at the prison when it burned down some 50 years ago. The adventurers realized that without their intervention the spirits would overtake the town, so they delved into the haunted dungeons to put the prisoners to their final rest.

After saving Ravengro, the party traveled north, to the river city of Lepidstadt, to return a number of forbidden tomes of lore to the famous Lepidstadt University. They arrived to a festival atmosphere, as the town celebrated the capture of the Beast of Lepidstadt. This monster, a thing neither living nor dead, an amalgamation of limbs taken from a dozen corpses and animated by some unnatural spark, was to stand trial for its crimes and, if all went as expected, found guilty and burned at the stake.

As fate would have it, one of the tomes the party was to return belonged to Judge Embreth Daramid. Upon hearing of their exploits in Ravengro she divulged that she was to be one of three judges presiding over the trial of the Beast, and she had serious doubts about the Beast's culpability. She couldn't look into it fully herself, so she implored the party to investigate in her stead. They agreed, and lit out to collect evidence in the Beast's defense.

The adventurers are now infamous around Lepidstadt. The certainty of the Beast's guilt that fueled the city's festivities has been replaced by anxiety as the entire populace awaits a verdict that could fall either way.

It is in this tense moment that you make your entrance.

The character options detailed below are only jumping-off points—outlines of a history and an immediate motivation, so it'll still be up to you to bring the character to life. However, if you feel motivated to generate a character on your own, I am absolutely on board, and these can serve as signposts to point you in the direction of the types of characters that fit in well with the world and the campaign.